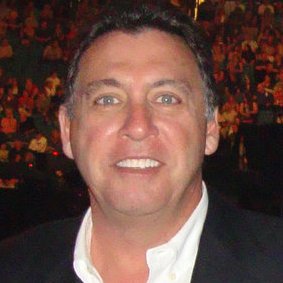 <p>starring Tom Hanks and Aaron Eckhart. He executive produced “American Sniper”, starring Bradley Cooper, and the big screen version of the Tony Award- winning musical “Jersey Boys,” all directed by Clint Eastwood, with whom Moore has had a long association. He was also the Executive Producer on “Trouble with the Curve,” starring Eastwood, Amy Adams and Justin Timberlake.

Moore’s collaborations with other directors include Angelina Jolie’s directorial debut, “In the Land of Blood and Honey,” which he produced with Jolie, Graham King and Tim Headington. The film, which Jolie also wrote, received a Golden Globe nomination for Best Foreign Language film, the Stanley Kramer Award from the Producers Guild and the Best Foreign Film Award at the NAACP Image Awards. Moore was also an executive producer on Scott Waugh’s “Need for Speed,” released March 2014.

Moore has overseen the physical production of all of Clint Eastwood’s films since 2002. In 2009, he executive produced the critically acclaimed drama “Invictus,” starring Matt Damon and Morgan Freeman, which received widespread acclaim and honors from critics’ organizations, as well as Oscar® and Golden Globe nominations, including a Golden Globe nod for Best Picture – Drama.

In addition, Moore was an executive producer on Eastwood’s “J. Edgar,” “Hereafter,” “Gran Torino” and “Changeling,” and served as co-producer on the dual World War II epics “Flags of Our Fathers” and the award-winning “Letters from Iwo Jima,” which was Oscar®-nominated for Best Picture. His work with the director also includes the dramas “Mystic River,” which earned six Oscar® nominations, including one for Best Picture, and “Million Dollar Baby,” which won four Academy Awards®, including Best Picture. He was also a co-producer on Alison Eastwood’s directorial debut, “Rails & Ties.”